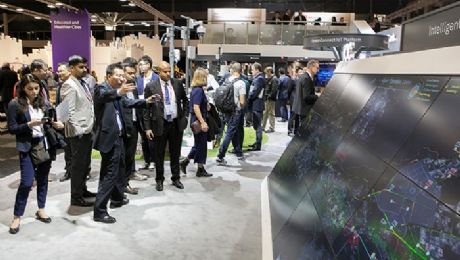 Smart City Expo World Congress (SCEWC), the leading international event on smart cities will host on 2018 its biggest edition ever. From November 13th to 15th, Fira de Barcelona’s Gran Via venue will gather over 700 cities, 700 exhibitors and 400 speakers. Under the theme Cities to live in the event will stress how cities must aim all transformation strategies towards the goal of making metropolises the best possible places for its citizens to live, work and thrive. With little less than six months before the event, SCEWC has already booked 90% of its floorspace, exceeding last year’s figures by 20%.

The event’s director, Ugo Valenti, said that "the continued growth our Congress confirms the strategic bet we did almost a decade ago on a new industry and has confirmed its key role in the sustainable development and transformation of cities around the world. Citizens are already at the center of all urban transformation strategies and provide a forum to ensure that cities learn together and collaborate now and in the future."

SCEWC will also host the Sharing Cities Summit starting on November 12th. Following the cities of Amsterdam and New York that hosted the previous editions, the event will gather together Mayors and Deputy Mayors from leading cities from around the world –such as Amsterdam, Milan, Montreal, New York, Paris, Toronto and Vienna– to discuss how the continuous growth of sharing economies affect the life and economic development of the cities, and what innovative measures can be taken to meet the challenges and opportunities we face.SCEWC gathered 700 cities worldwide as well as 675 exhibitors and 420 speakers and 18,754 attendees from 120 countries. The international impact of the show has grown with regional events in Curitiba (Brazil), Istanbul (Turkey), Kyoto (Japan), Puebla (Mexico) and Buenos Aires (Argentina) further consolidating Smart City Expo as the international leading event in smart urbans solutions and drawing more attendees and interest toward the global event held in Barcelona every year.