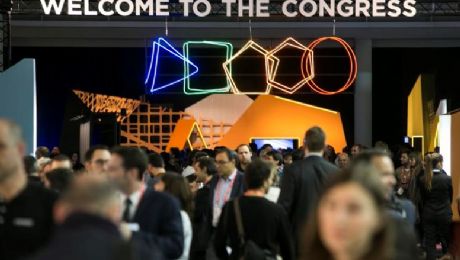 Smart City Expo World Congress (SCEWC), the event for cities organized by Fira de Barcelona, will gather in its eighth edition representatives of more than 700 cities from the five continents and over 100 mayors. The event, which will take place from November 13 to 15 at the Gran Via venue, will feature major capitals such as Amsterdam, Athens, Atlanta, Berlin, Brussels, Chicago, Copenhagen, Stockholm, Geneva, New York, Rome, London or Yokohama that will analyze how to undertake initiatives that seek to transform cities into places in which to make the lives of their citizens better.

In this edition and under the theme Cities to live in’, the event will host 840 exhibitors and more than 400 speakers. Among the delegations present, are the 77 cities, countries and territories that have their own pavilion including Austria, Germany, Colombia, Denmark, Spain, Estonia, Finland, France, Holland, India, Israel, Italy, Japan, Norway, Sweden, Thailand and the United States.

The director of SCEWC, Ugo Valenti, said that "the number of cities present in the 2018 edition confirms the leadership of the show not only as a great international showcase for the latest technologies in the field of urban transformation, but also as an authentic platform of debate on the future of cities, a place where experts and municipal leaders are summoned annually to address together the most important challenges of the immediate future." And he added that "this gives us an idea about the importance of what is discussed and decided here if we take into account that in the coming years the geostrategic importance of the cities will multiply turning them into protagonists of global development."

In this sense, it is particularly noteworthy that several of the cities that take part in SCEWC are among the 25 leading disruptive innovation cities in 2018, according to The Global Cities Index of A.T. Kearney. New York heads this ranking, followed by London and Paris. Amsterdam, Barcelona, Berlin, Brussels, Buenos Aires, Madrid, Melbourne, Seoul, Shanghai and Vienna are also in the top 25 of the list. Business activity, human capital or cultural experience are some of the parameters used to develop this classification.