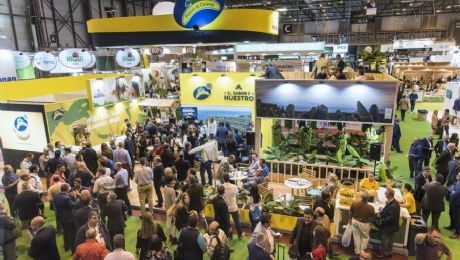 In line with its policy of boosting the commercial relationships of fruit and vegetable companies between European Union countries and other non-EU markets, Fruit Attraction 2019 will host India and Singapore as Guest Importing Countries. On this occasion, both countries were invited because of the way their imports are behaving.

In this sense, looking ahead to the 11th edition of the fair, which is organised by IFEMA and FEPEX and is being held from 22 to 24 October , in addition to the procedure for inviting the authorities of both countries, a significant budgetary sum will be allocated to attract the main players in these markets to Madrid . More than 100 traders, purchasing managers, operators, importers, and retailers from India and Singapore. These countries will also be the protagonists of the World Fresh Forum, the business networking space being co-organised with ICEX that will address the commercial relationships existing between these countries and allow for the presentation of business opportunities.

In recent years there has been a surge in exports of fresh fruit and vegetables to Singapore, both from Spain and the EU in general, and this is one of the main factors behind the selection of Singapore as one from the guest countries in the next edition of FRUIT ATTRACTION. Singapore is also a major distribution hub for other countries of the region.

India has also developed positively as a recipient of Spanish and EU fruit and vegetables . In 2014, Spanish exports stood at 582 tonnes, worth 546,059 euros. By 2017 this had risen to 2,335 tonnes and 2.5 million euros, with a growth of 301% in volume and 358%. The volumes are nevertheless still small, so FRUIT ATTRACTION can contribute to improving the position of the Spanish sector in this market. In 2018, as of November, shipments were 1,728 tonnes and worth 1.6 million euros, with apples and pears being the main exported products.

Southern Europe is establishing itself as the new hub with sustained expansion and growing importance in the global fruit and vegetable trade , as well as the gateway to Europe from Latin America , which strategically positions Fruit Attraction as the major platform and point of contact for fresh produce operators.